Chrysalis School Montana began more than a decade ago as a small home-based therapeutic program in Eureka Montana.

Back in 1998, Chrysalis began with a class of eight teenage girls, founder and co-director Kenny Pannell said.

Pannell has a background in community mental health. Sensing a great need, he decided to start the school as an alternative to publicly funded therapeutic care.

"The impetus was to create a level of care that truly took care of kids in a more developed way," Pannell said.

Chrysalis School Eureka Montana continued to grow over time as more families took advantage of the therapeutic boarding school. After a couple of years, the program expanded to 10 girls, and over time Chrysalis has grown to a capacity of 36 girls ages 13-18.

Students at Chryalis face challenges such as different kinds of trauma, learning challenges, depression and/or anxiety, adoption issues, eating/body image issues or a sense of entitlement.

Staff at Chrysalis includes the co-directors, teachers, case managers, clinicians, house parents, program staff, adventure staff and business administrative staff. Each student undergoes an individualized program geared to help them progress academically, emotionally and socially at their own rate -- building their self-esteem while helping them learn to build healthy relationships. 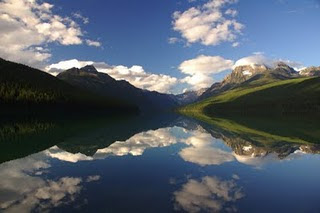 Located just a handful of miles from the Canadian border, Chrysalis sits on 65 acres between Koocanusa Reservoir and Carpenter Lake. The therapeutic boarding school is provisionally licensed and registered with the Montana Department of Labor and Industry as a Private Alternative Adolescent Residential Program. Chrysalis is also accredited by the National Independent Private Schools Association.

A student's length of stay at Chrysalis Eureka Montana depends upon their individual needs (typically between 18 and 24 months). Most Chrysalis graduates adopt health lifestyles and go on to college.

Posted by Chysalis School Montana at 6:00 AM 3 comments:

The Belton Chalet is a beautiful old building filled with history from the early days of Glacier Park. The old-world feel of the building lent itself well to creating a cozy, familial atmosphere for the retreat guests. 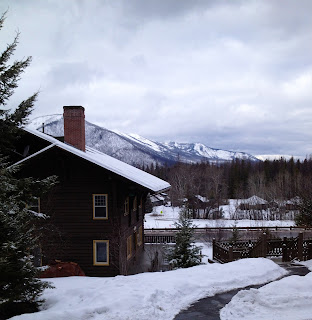 Retreat goers enjoyed seeing and experiencing the beauty of Glacier in the winter, learning about the history of the chalet, spending time with their daughters, and getting to know other families in the Chrysalis network.

Posted by Chysalis School Montana at 5:00 PM No comments:

Destination ImagiNation (DI) is a creative problem solving program that allows students in grades K-University to work on teams of five to seven people to solve both long term and short term challenges. DI promotes creative thinking and team work in students from more than 30 countries.

This past weekend, three DI teams from Chrysalis competed in the Montana NW Regional Competition to earn the chance to compete in state tournament slated for March 24 in Manhattan, Montana.
“Disciples of Murphy’s Law” competed in Challenge B: The Solar Stage. This team was required to research solar energy and create a skit and solar powered prototype, which is integrated into their long term skit. “Disciples” presented a skit about a group of children stranded at sea when their boat motor is broken and there is no wind to power their sails. Instead they rely on their creativity and intuition to use one of the children’s propeller beanies to capture the power of the sun and power their boat to get home in time for dinner.

“Blooper Troopers,” competed in Challenge C: Coming Attractions. This team was required to create a four-minute movie trailer featuring a special effect and sound track for their long term solution. “Troopers” presented their movie trailer featuring Mexican singers who visit America, only to be offered the chance to stay and become famous singers. Will the singers stay and pursue fame, or return to Mexico?

“Steel Wooly Mammoths,” competed in Challenge D: News to Me. This team was required to bring six current news articles and integrate one of them chosen randomly on the spot – with only a few minutes to work as team before performing. They were also required to integrate a problem they are only given one minute before they must present their long term solution. “Mammoths” provided a headline about the price of oil possibly impacting the price of gasoline, while the DI headline was about a boy marrying his dog to ward off tiger attacks. The one-minute problem was that they were in the back of a garbage truck. Turns out the price of oil was causing unrest so the government let tigers out to make quiet those protesting, so the boy married his dog, in order to be better protected from the tigers.

All teams who participate in the tournament also perform an Instant Challenge, which is a secret challenge until after Global Finals are held in May 2012. This is because all teams in the program for each challenge and at the same level are given the same Instant Challenge. Instant Challenges are three- to five-minute challenges that force teams to work together, think on their feet and solve a problem quickly.

All three Chrysalis teams scored well in both their Long Term and Instant Challenge. With some practice and tweaking of props, backdrops, and lines all three teams will all be ready to compete at state.

We’re so very proud of what our Chrysalis DI teams have accomplished. The months of hard work, researching, team building, and script writing have come to fruition. And they did everything all by themselves. No adults are allowed to help. Way to go, Chrysalis DI teams!
Posted by Chysalis School Montana at 8:38 AM No comments: